An easy itinerary to discover some of the most famous historical sites in the Lagoon. Along the Cavallino coastline you can admire the systems of coastal fortifications built to defend Venice during Austrian domination and then during the two world wars. An exciting ride that becomes a history lesson in an open-air museum, where cyclists experience first-hand some fascinating monuments that tell the story of the conflicts of the twentieth century. From the telemetry towers to the Amalfi, Vettor Pisani and San Marco coastal gun batteries, from which artillery attacks were launched during the war, to Vecchio Fortress on the port of Punta Sabbioni, known as Forte Treporti Fortress, built to protect the Venetian lagoon. Mandracio and Ca’ Pasquali barracks are also worth seeing along the way.

Fill the form for subscribing to our newsletter and receive the GPX track file by email!

Ideal in spring and on summer afternoons.

The Lighthouse, the Pinewood and the mouth of the River Tagliamento

Litoranea Veneta and the Fishermen’s huts of Prati Nuovi

Between the Piave and Livenza Rivers (Grey Route)

GiraLemene: from Concordia to Caorle

On the dirt road banks between the Sile and Piave Rivers 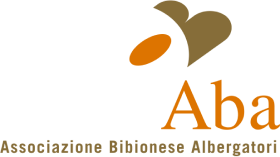